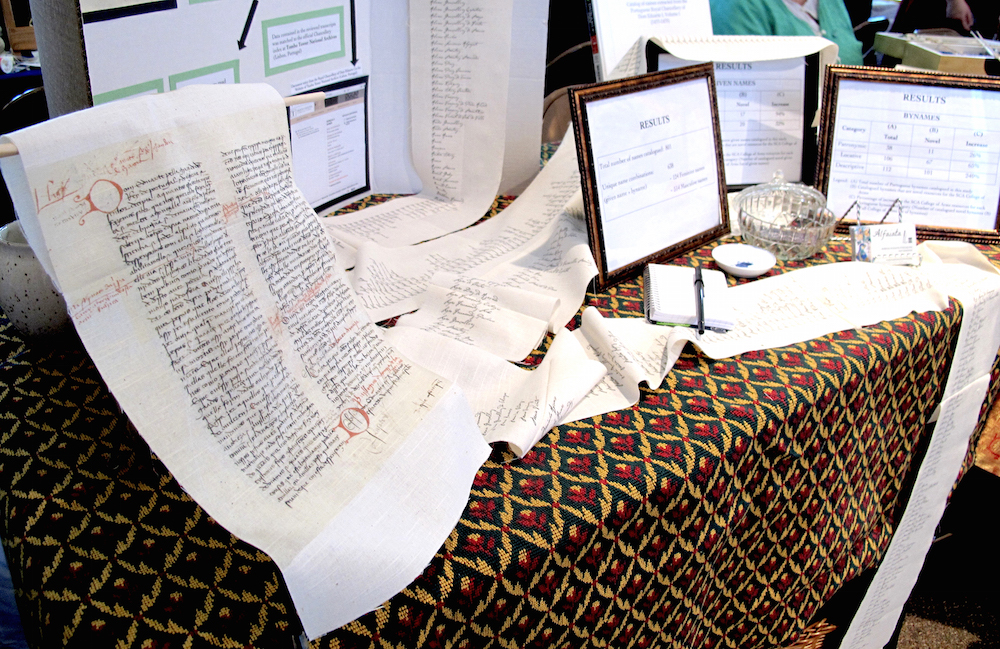 Catalog of names extracted from the

While in the process of registering my SCA name, I was surprised at the limited number of resources available in the SCA College of Arms for individuals seeking an Iberian persona, mainly those of Portuguese origin. The resources available today derive from the work of Mistress Juliana de Luna, whose articles provide a sample of period Portuguese names and educate the public on the naming conventions used in pre-17th century Portugal. Although a valuable contribution, the considerable quantity of unexplored resources available in the Portuguese language suggests that those numbers can be added upon, increasing the resources of the College of Arms and thus facilitating the development of Portuguese personas and the wordsmithing of documents by heralds and scribes.

As a native Portuguese speaker, I identified an opportunity to contribute to the growing body of knowledge available to the SCA populace, to facilitate access to information collected from extant documents by non-Portuguese speakers, and to foster interest in the cultural aspects of pre-17th century Portugal.

Here, I expand on the resources available in the SCA College of Arms by cataloguing names collected from the Portuguese Royal Chancellery of Dom Eduarte I (in English: Edward I), an extant document produced by the chancellor’s office of Portugal during the mid-15th century.

The aim of this study was to uncover materials that were previously absent from the SCA archives, including given names and patronymic, locative, and descriptive bynames. In addition, it provides a catalog of documents and their context for the use of those researching specific aspects of Portuguese culture. The information provided here is presented as part of an ongoing study of 15th century Portuguese society.

The analysis of the first volume of the Royal Chancellery resulted in the compilation of 801 individuals, and of those, 168 and 633 displayed feminine or masculine names, respectively. As a result, this study catalogs 638 unique name combinations and reveals a total of 106 locative bynames and 149 name elements, distributed among given names and patronymic and occupational bynames, that are novel resources for the SCA College of Arms.

Appendix B contains the complete list of names with the provided biographical information, as well as a brief description of the subject of each document including their locations in the extant document, transcription, and ANTT index.

While in Lisbon in early 2018, I had the opportunity to access the archives of the National Library of Portugal and acquire lists of names known to belong to Portuguese individuals of Jewish or Muslim faiths. The next planned installment is a catalog of said names, in addition to the information contained in chancelleries and other documents registered at local government offices and monasteries. 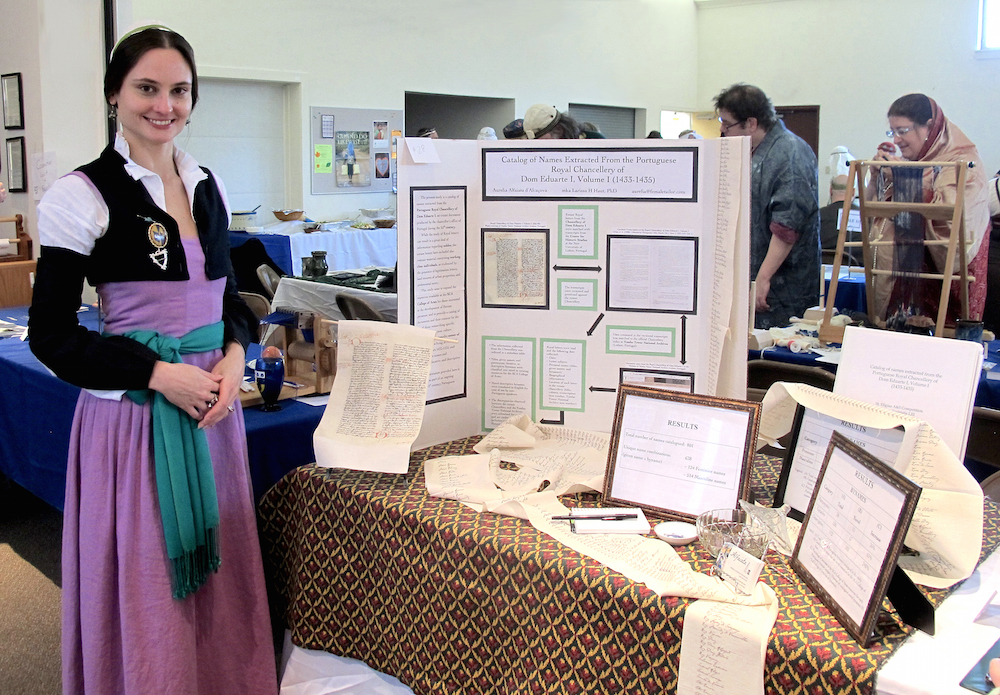 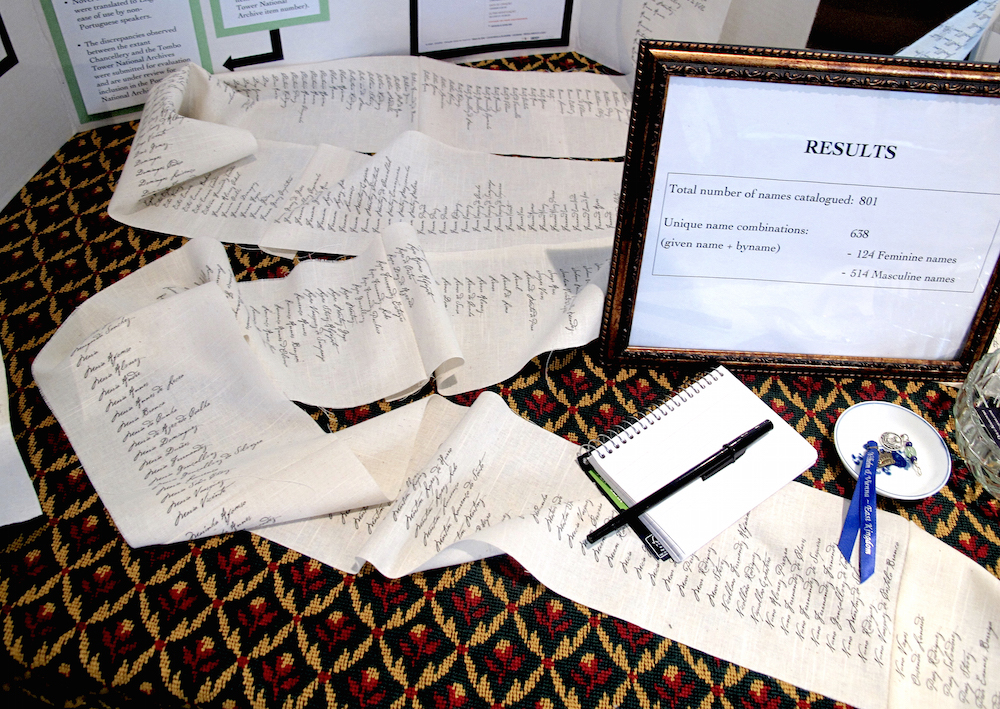 In this project, I analyzed letters contained in the Royal Chancellery of Dom Eduarte I, housed at the Tombo Tower National Archives (in Portuguese: Arquivo Nacional da Torre do Tombo [ANTT]) in Lisbon, Portugal. Although physical access to these records is not available, one can find a digital representation of the extant document in the ANTT’s website.

While the study of Royal letters can result in a great deal of information regarding nobles, the extant documents here studied also contain material concerning working class individuals, as evidenced by the presence of legitimation letters, land tenures of urban properties, and professional taxes. As mentioned previously, the present study details information contained in the first volume of a Portuguese Royal Chancellery, while preference for inclusion in this work was given to letters that: a) reference female subjects and/or commoners, due to their underrepresentation on period legal documents; b) cover subjects that give us insight into the customs of the era; and c) include examples of names not previously cited in the current or previous works on Portuguese naming conventions for use in the SCA.

To facilitate the compilation of names, a complete transcription of the chancellery was consulted. This transcription is part of an effort by the Center for Historic Studies at the New University of Lisbon aiming to facilitate public access to the Portuguese Royal Chancelleries in their full-unedited version, in accord to the extant documents found at ANTT. Members of the General Paleography group of the same institution performed the transcription, having José João Alves Dias, director of the Center for Historic Studies, as the project’s scientific director. The reference for this transcription is included in the research paper.

The complete transcription and the indexed items provided by ANTT were not used blindly. In the beginning of this study, I noticed discrepancies between the digital representations of the documents, the transcription, and the ANTT index (see Appendix A of the document for commentary). The discrepancies observed between the extant document and the ANTT index were submitted for evaluation and are under review for inclusion in the Portuguese National Archives.

For this reason, the process employed in this project consisted of matching the digital representation of the original documents to the transcription, and proofreading the transcripts for each analyzed chancellery entry. After, the numbering of each item contained in the transcription was matched to the ANTT index to ensure the correct location of information. The transcription was then used as the source of information for the collection of names and other data related to the documents. Each chancellery entry was read, the names catalogued with biographical information about each individual mentioned, and the subject of the Royal letter recorded. A table included in Appendix B describes the entire data set, including folio information and the corresponding item number assigned by ANTT. 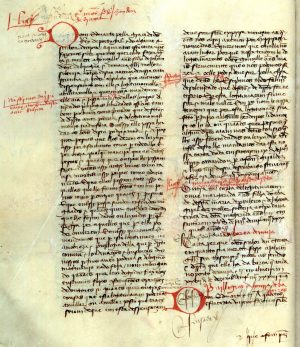 The 3 tables and 6 appendices containing the complete set of data collected from the Royal Chancellery and their classification into novel or presently known resources in the SCA College of Arms are included in the research paper.

Tables included in the display at St. Eligius Arts & Sciences Competition (2018) aiming to provide a quick and visual review of the results can be found below. 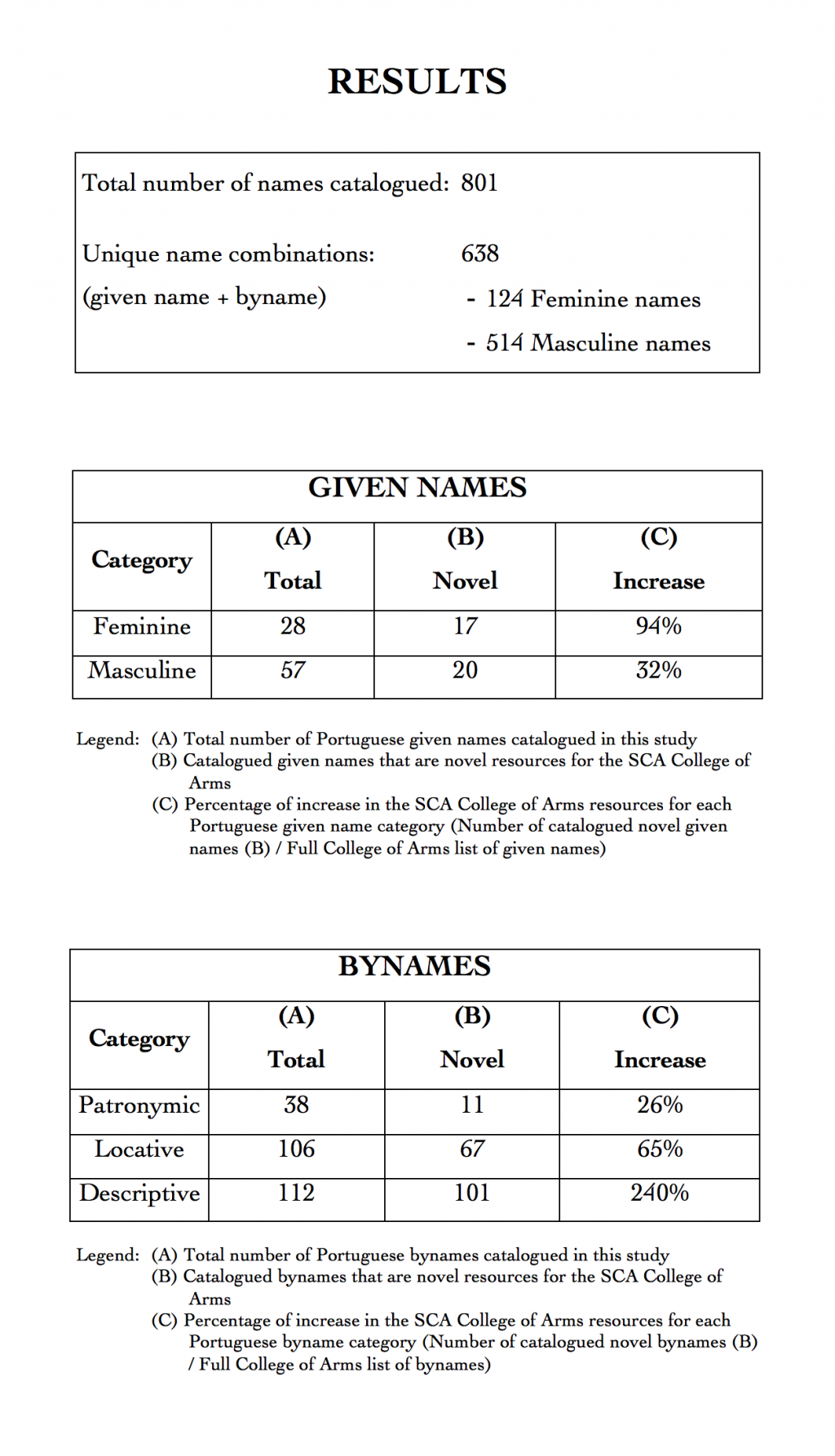 No trackback or pingback available for this article.