Tenerife lace, also called renda sol (sun lace in Portuguese) or ñandutí/nhanduti (spiderweb in Guaraní), has its origins linked to the island of Tenerife in Spain. It was a popular craft in Europe in the 16th and 17th centuries existing as free medallions, either singles or joined to produce a lace fabric, or adapted to cutwork embroidery. This lace form was introduced in the Americas by Iberian colonist and is still a popular form of embroidery in South America nowadays.

This tenerife wheel was created on a round lace pillow using cotton perle #12 and a bent-tip blunt needle. Knotting, single darning, and darning blocks were used to create the needlelace pattern. 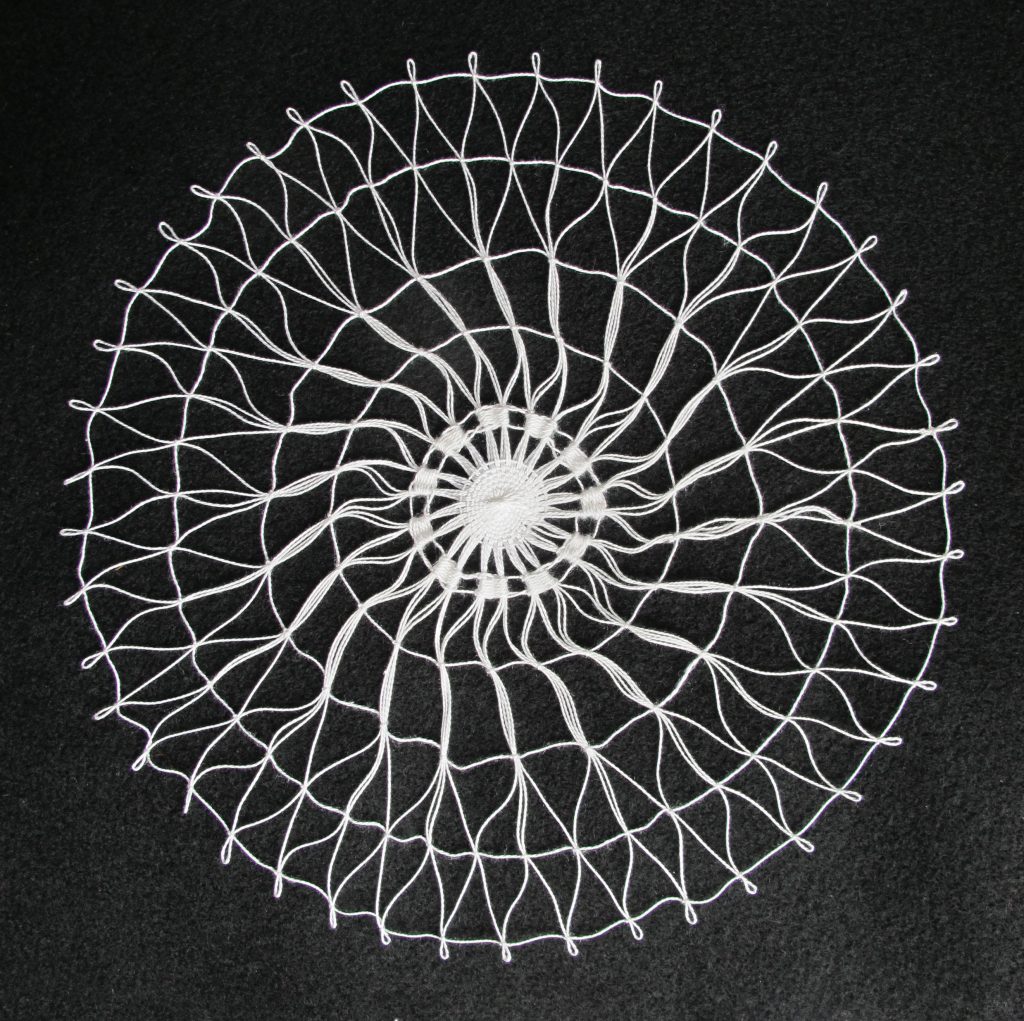 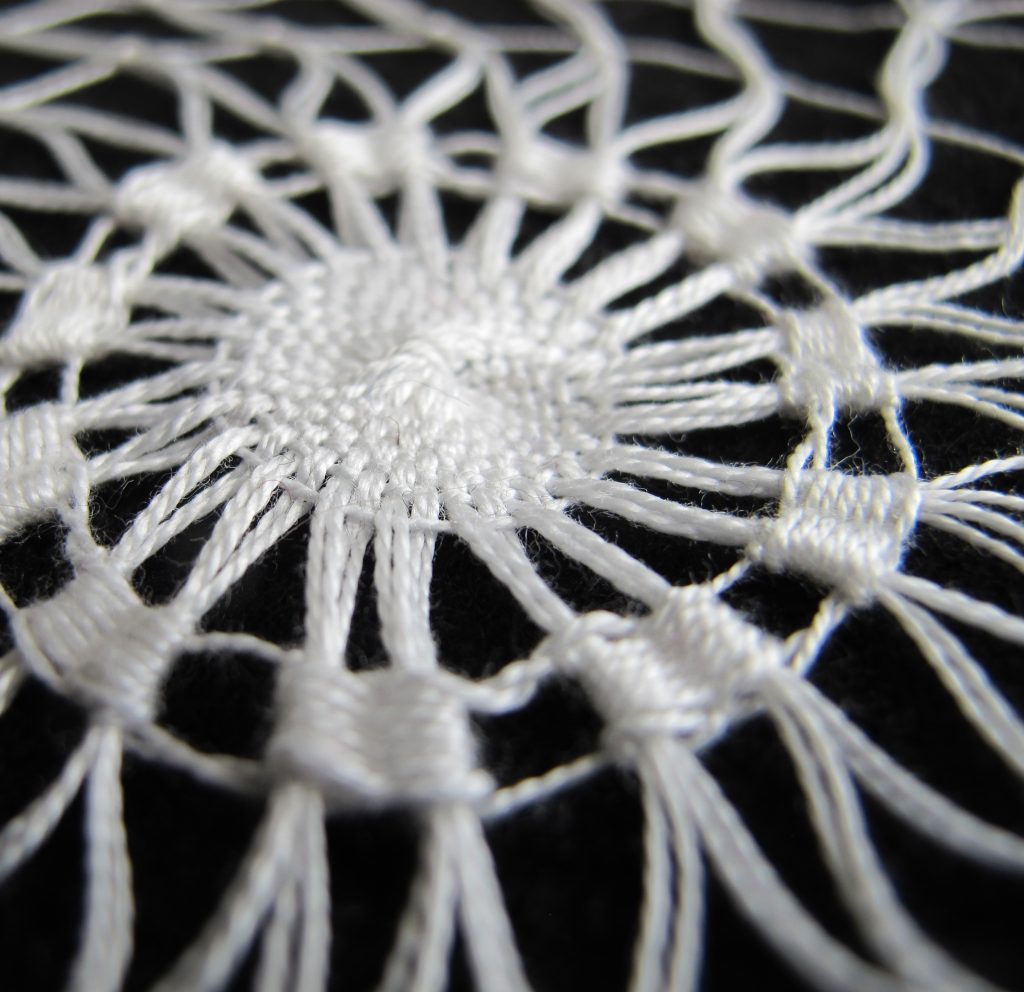 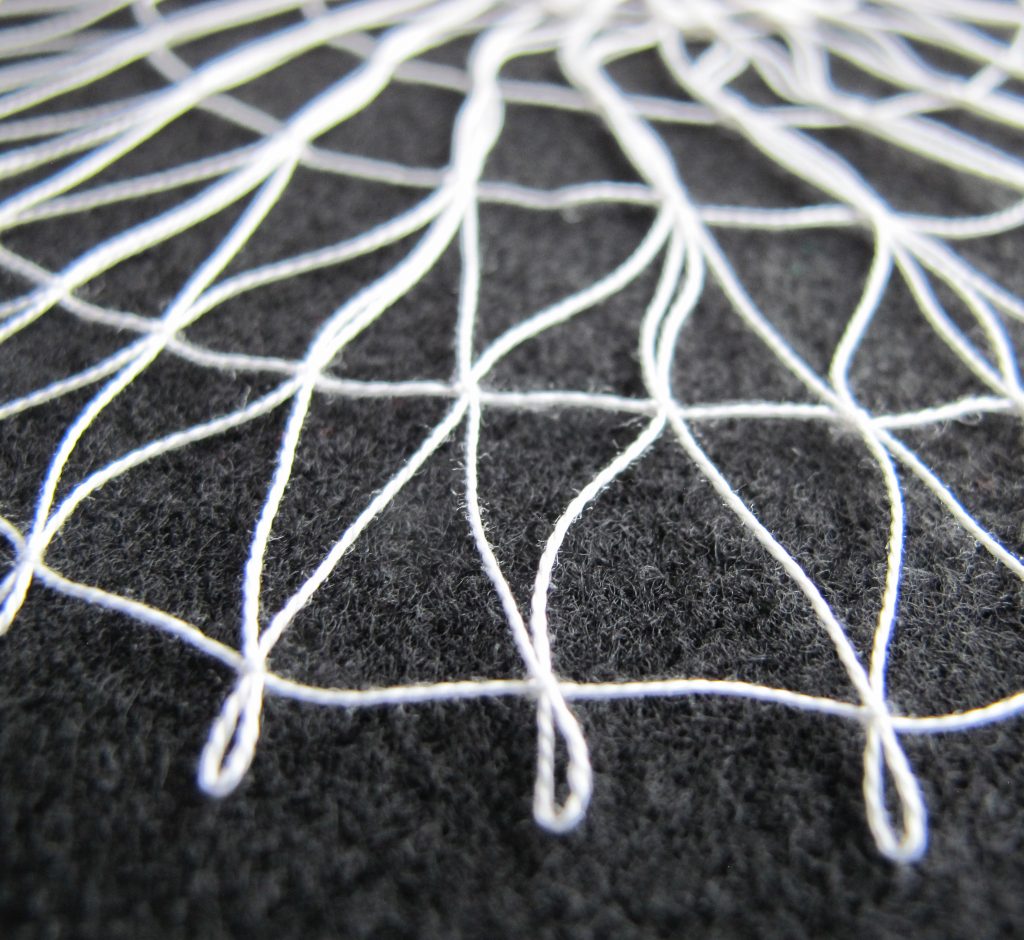 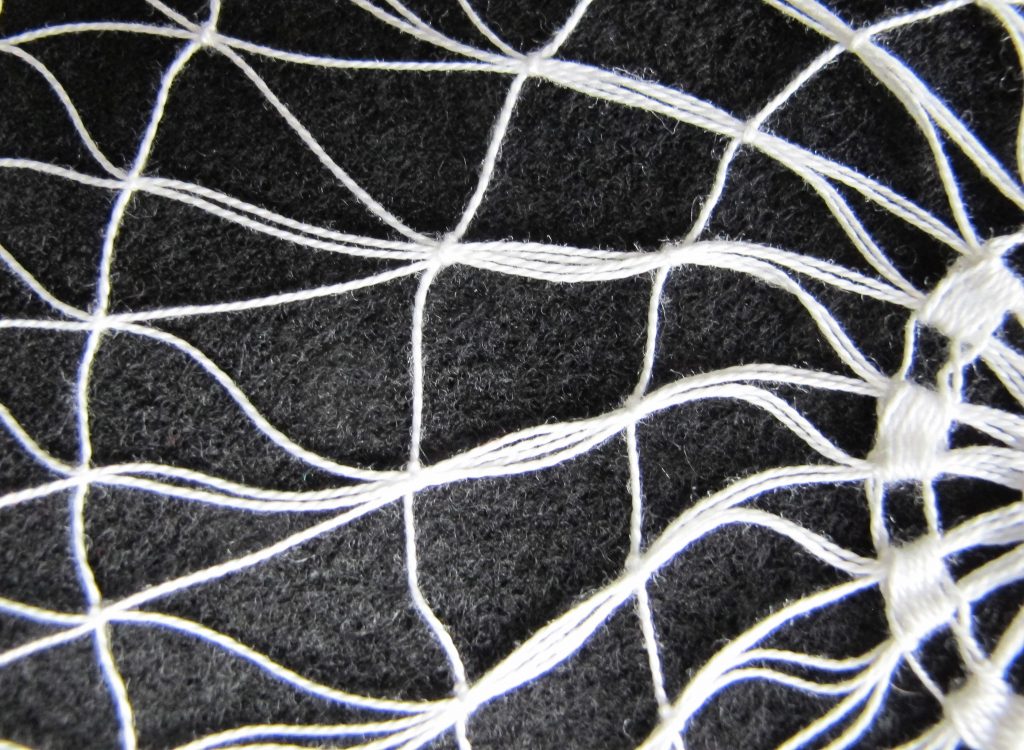 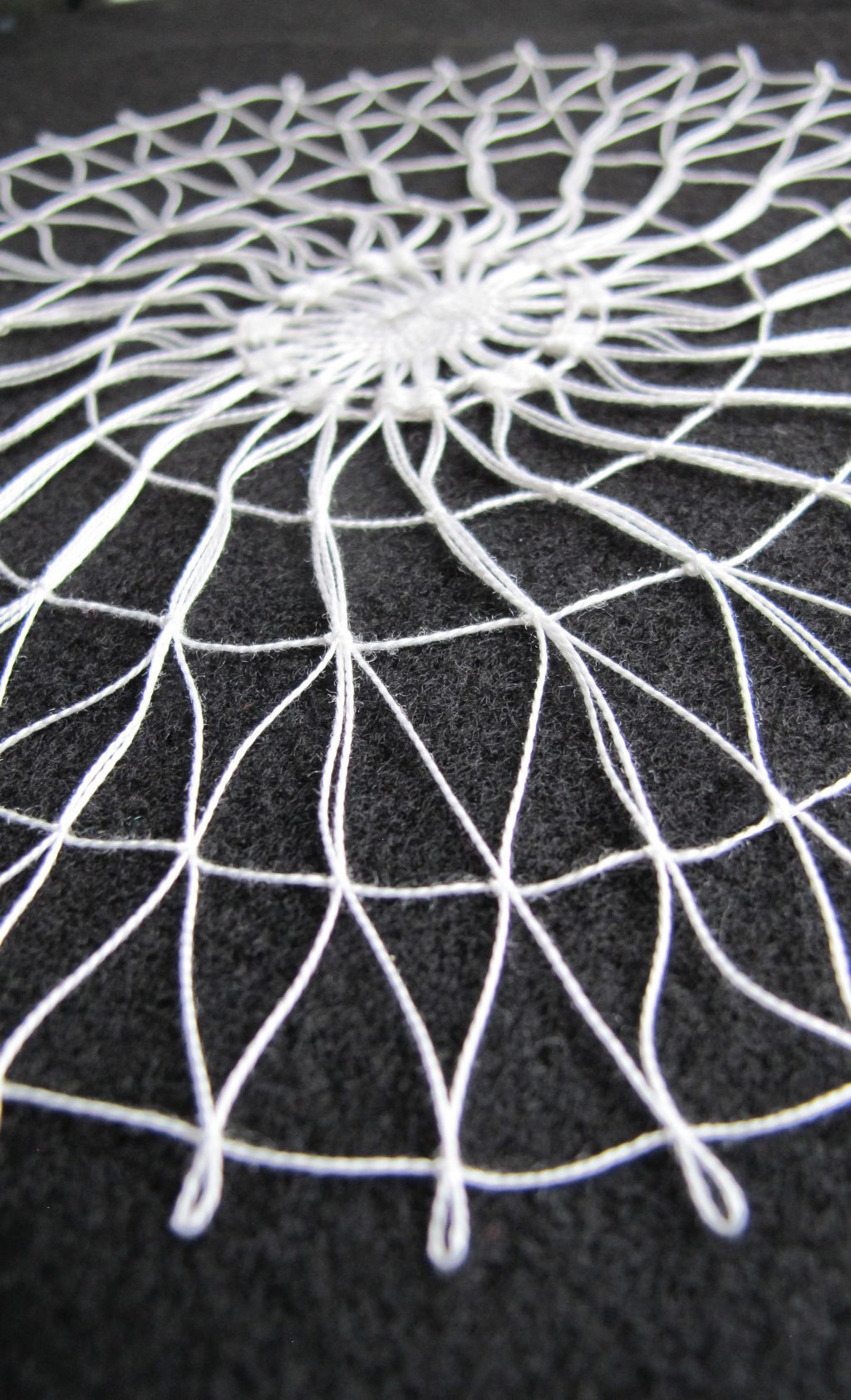