“When fighting with spear, it is not often a skilled fighter dies opposite a single opponent. It is when she is extended, striking a blow at one when a second takes advantage. An engagement in battle is not a succession of isolated single combats until one side or the other is victorious. There is a moment, a key moment that if you take advantage of it, you pit your strength against their weakness. A single soldier falls, the scale is tipped, and the rest fall like wheat. At that moment, there is no ‘did you do it better or not as well’. There is only the Deed, pass or fail. Did you do the Deed or did you not. Pennsic War, Woods Battle, Astridr on my left. Five seconds later four soldiers would lay dead between us, creating two inside flanks; the start of a wave that rippled outward from us in both directions. I saw an opportunity; I took it, felling our opponent with authority. The next was out of range and I stepped forward, essentially stepping into a cup, exposing myself on all forward directions. And now, the Deed. To do or not to do. The Deed of Astridr Astridr was locked to my left shoulder. She stepped forward with me as one. I felt her presence. I saw her out of the corner of my eye. There, but not once in the flurry of blows I loosed over the next few seconds did she obstruct me in any way. We stepped again, advancing into the maw of the enemy. Blows rained down upon my left side – and I ignored them all, and struck right. My left side was as Achilles, invincible and impenetrable. I was protected by a Bloodguard Shieldmaiden and I thought nothing for my defense. Astridr was locked to my shoulder and mimicked my every step. Her shield an impassible wall that blanketed me, heel to head. A crushing blow at the right moment, two fighters in perfect synchronization, strength against weakness. And just like that, the deed was done, scales tipped, the tide of battle turned and the wave moved away from us, victory assured. The yarn of Astridr Musi and Sir Donnan FitzGerald.” 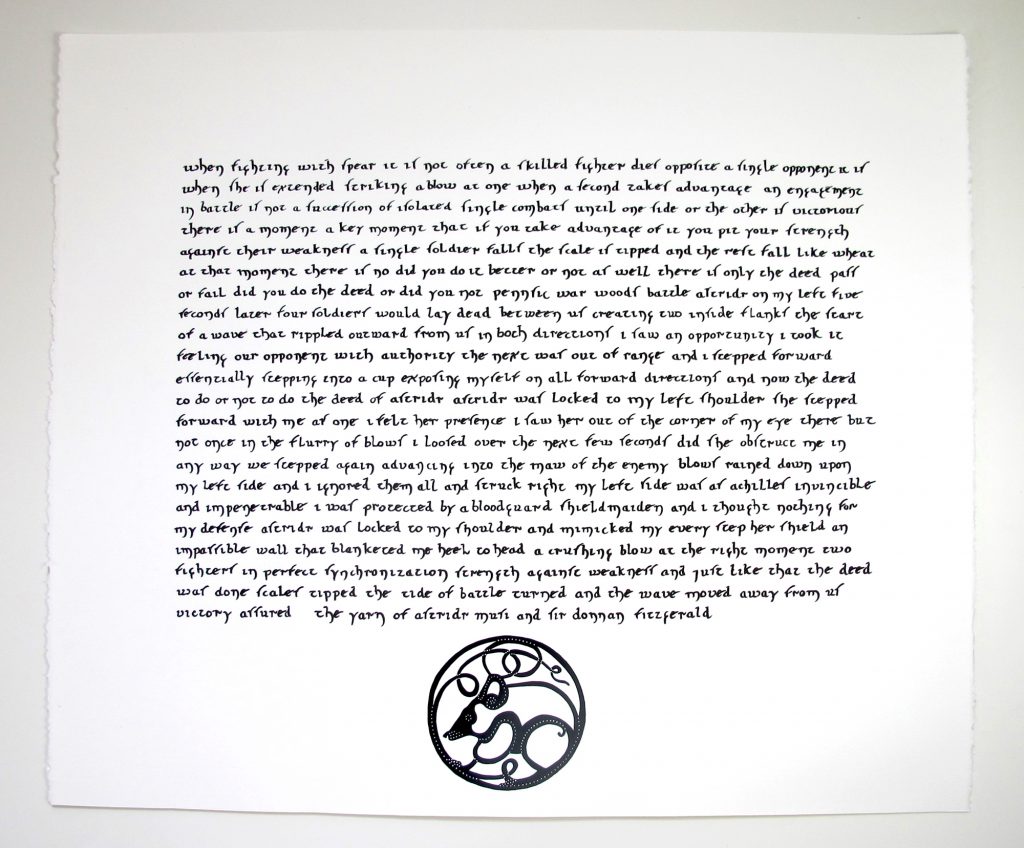 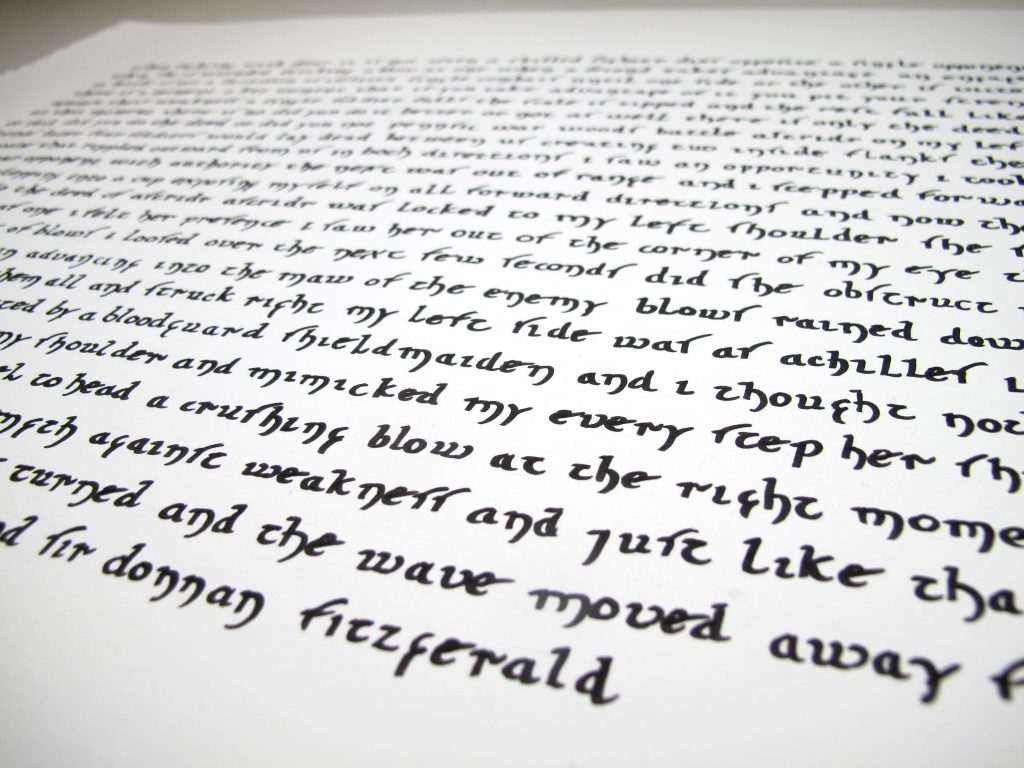 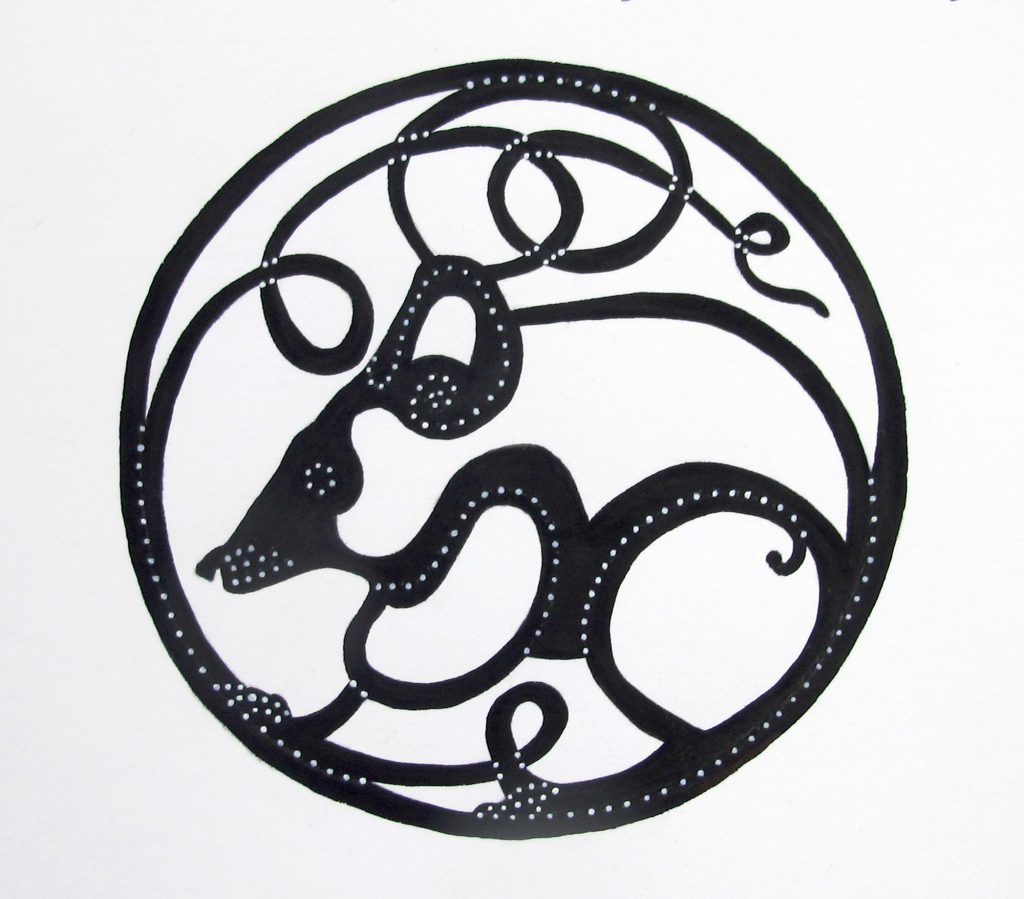 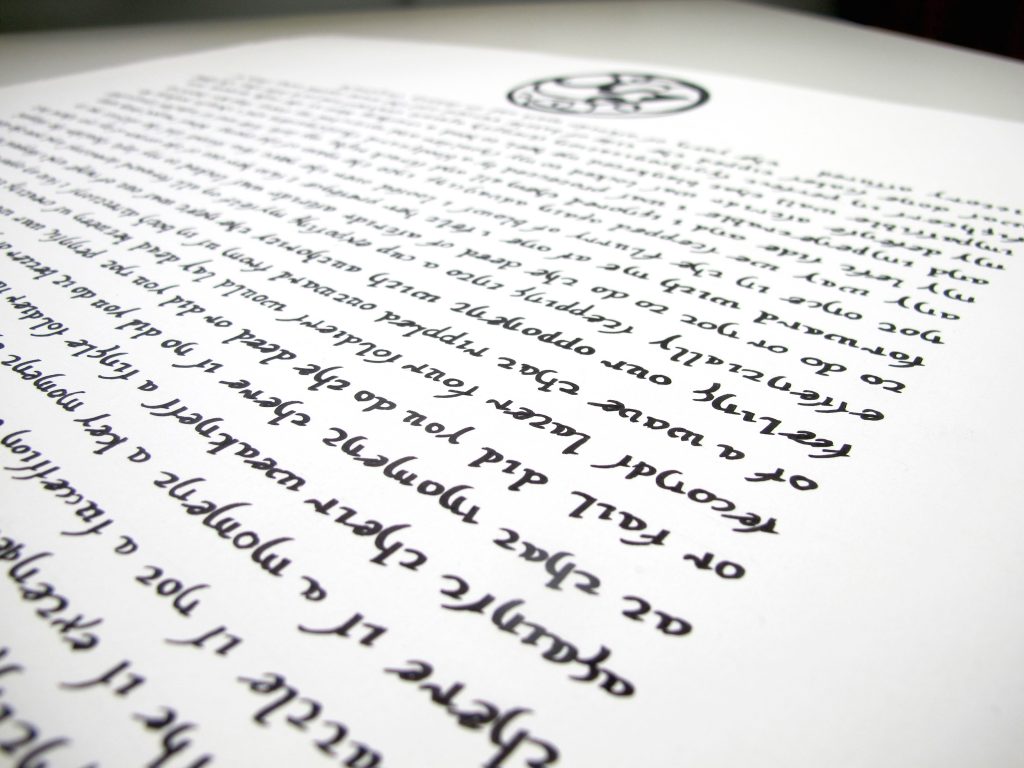