In this project, I aimed to created a 16th century embroidered linen apron using period artwork as reference for the design. The apron features an open work inferior border and a smocked waistline.

Bleached linen with a 40-thread count per inch was hand embroidered with two distinct drawn thread patterns comprising 576 horizontal threads. The superior border was smocked in a honeycomb pattern to control fullness at the waistband insertion. Cotton perle number 8 was used for the embroidery, while the construction seams were created with silk sewing thread. 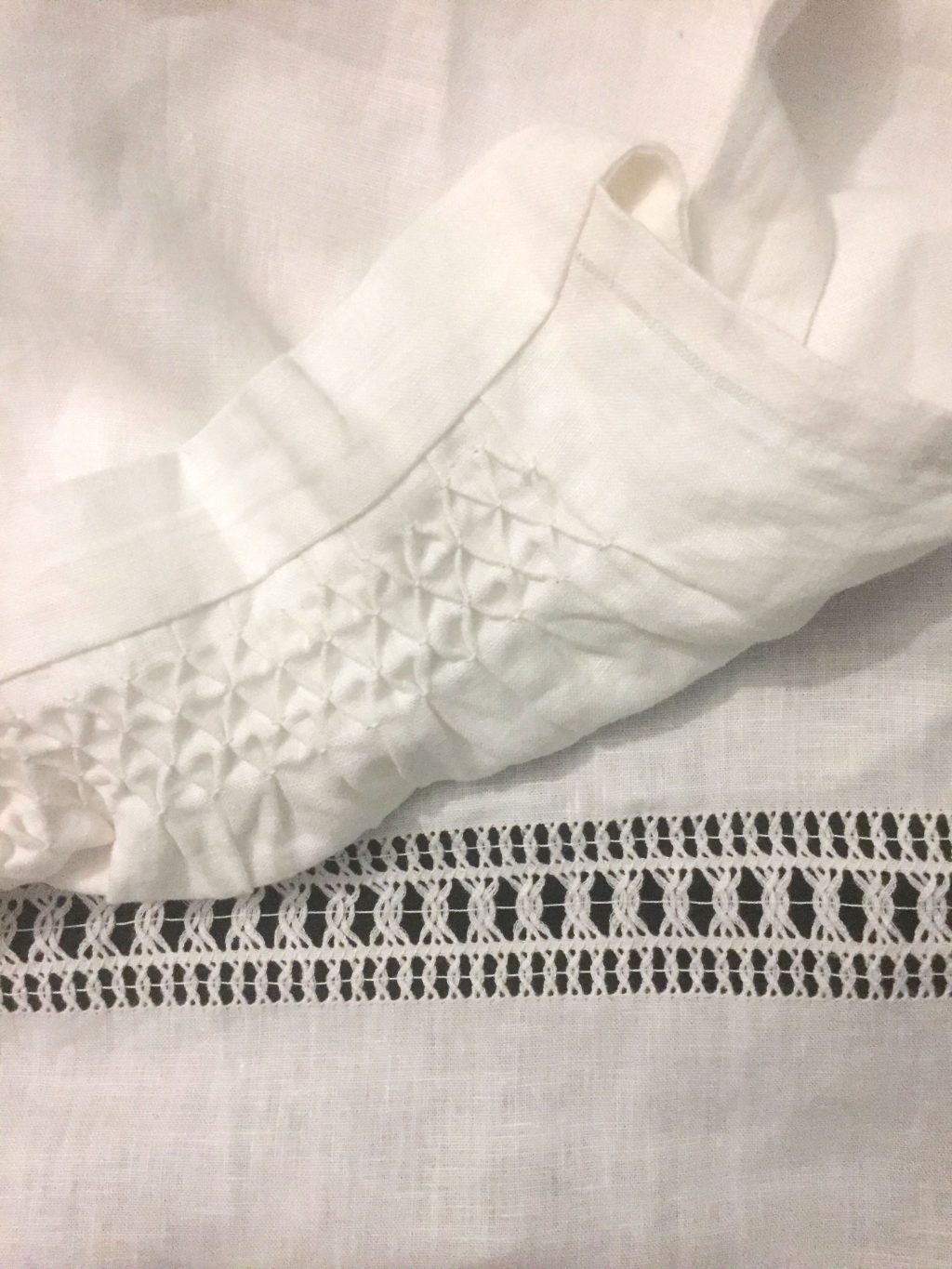 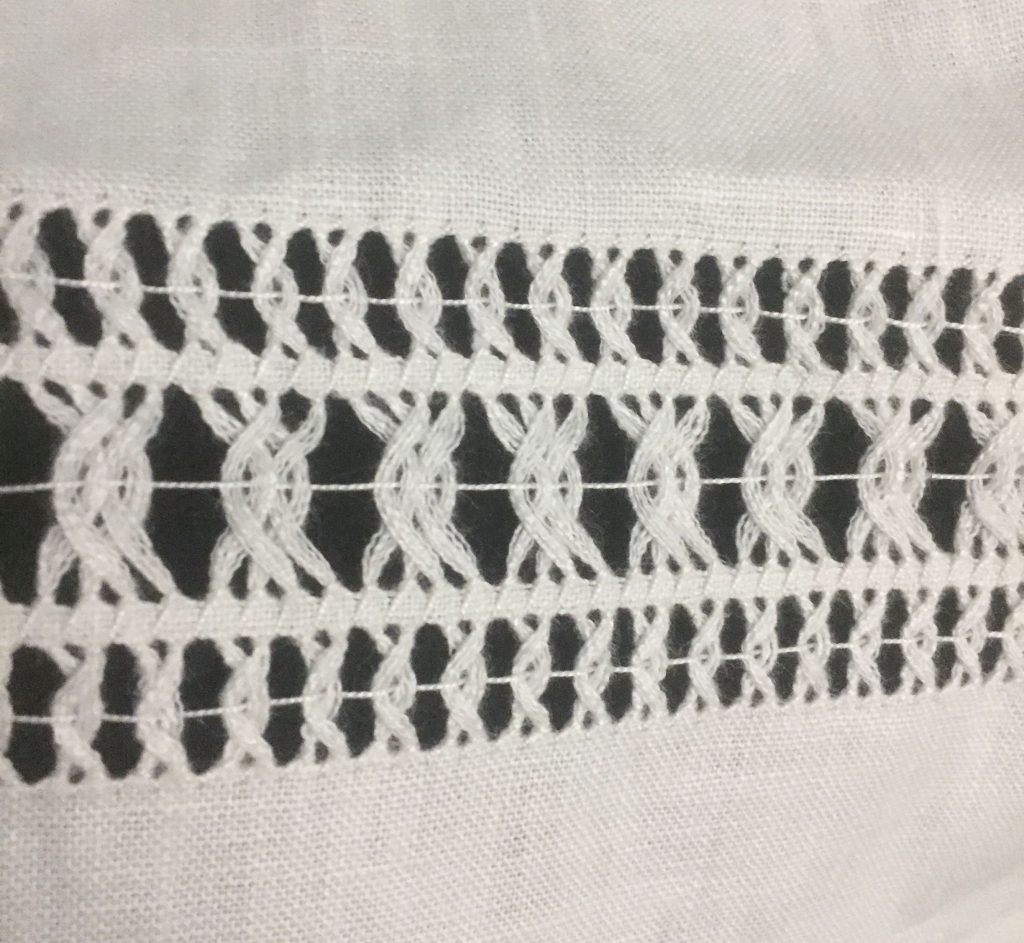 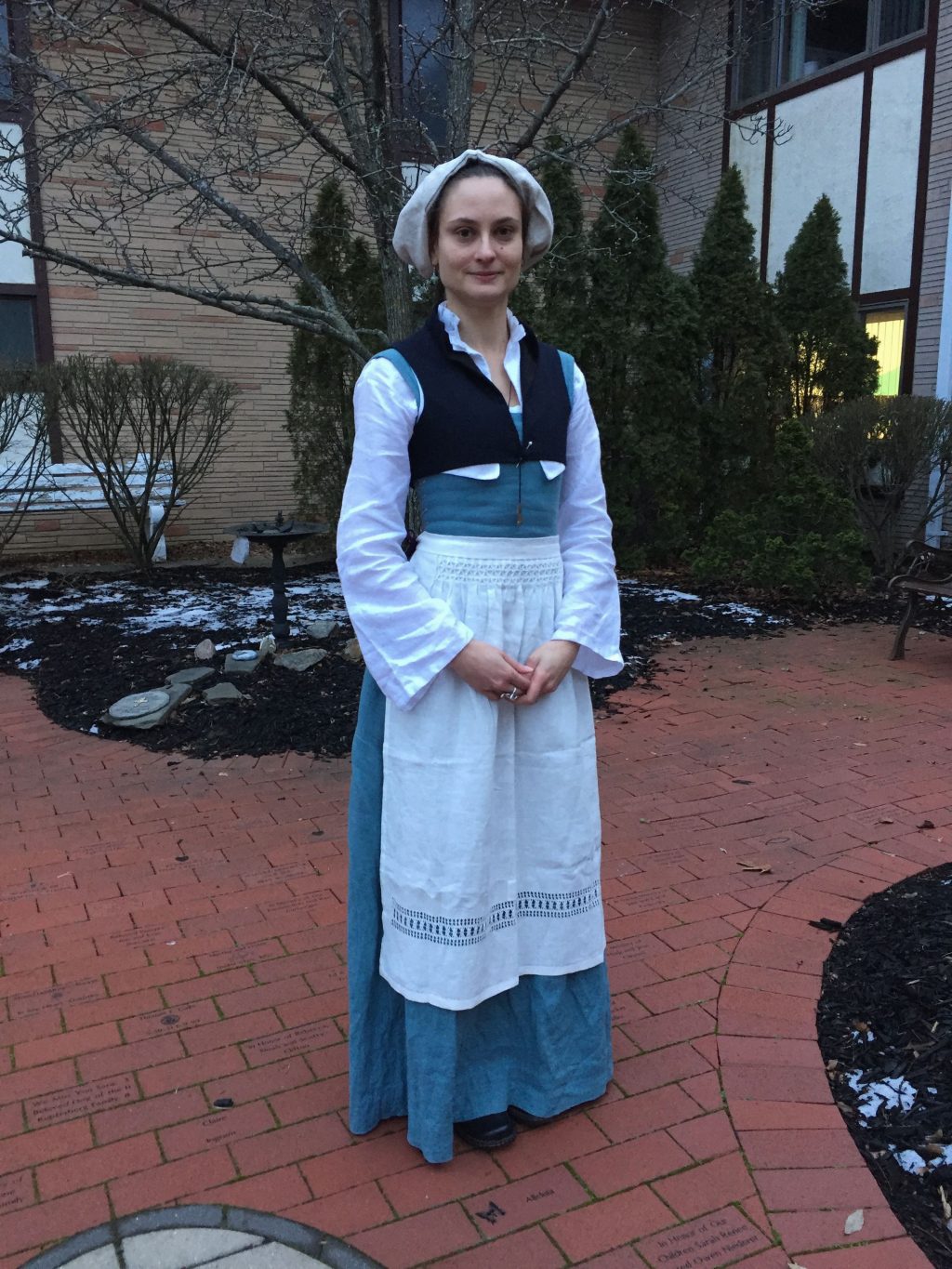 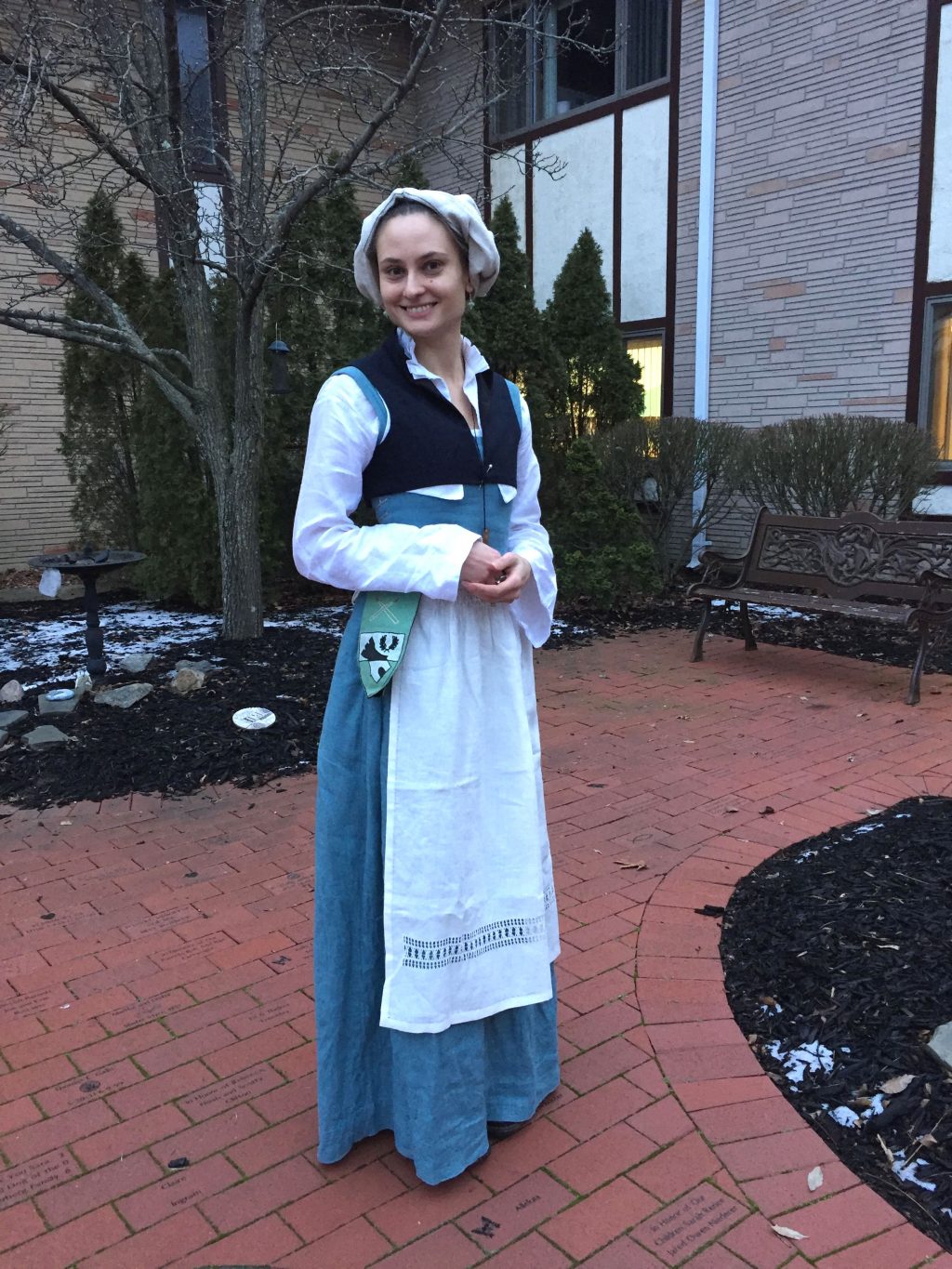 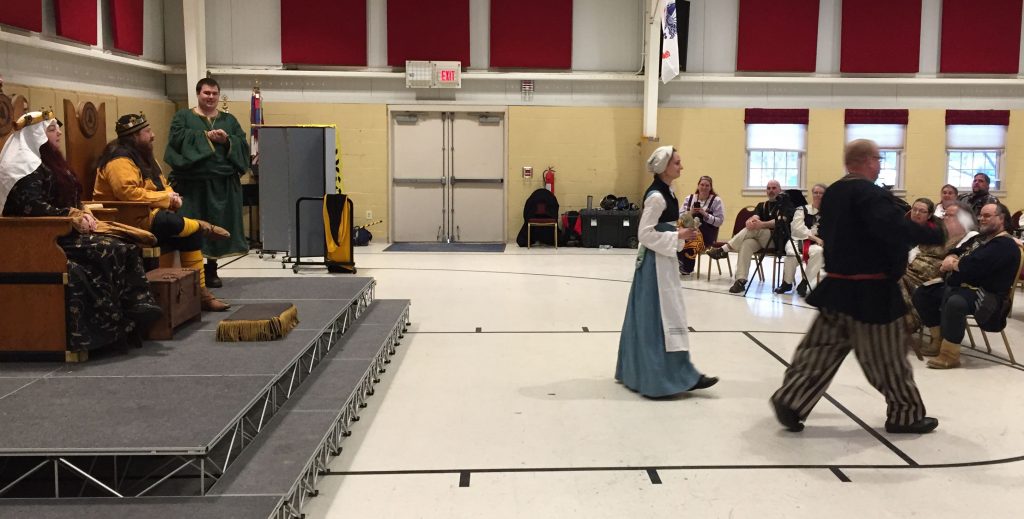 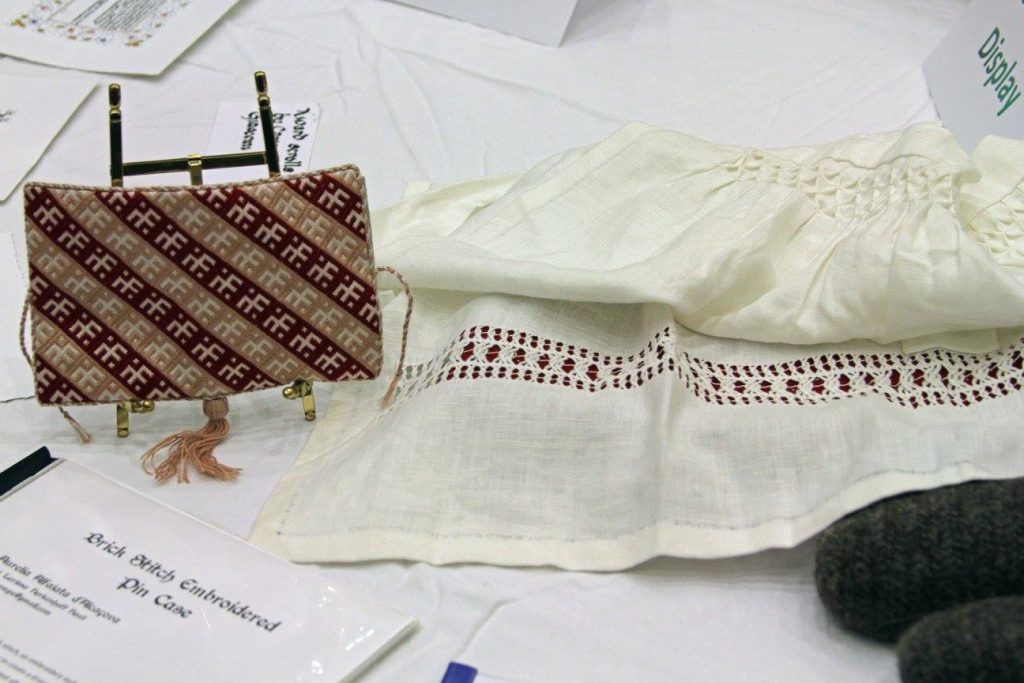 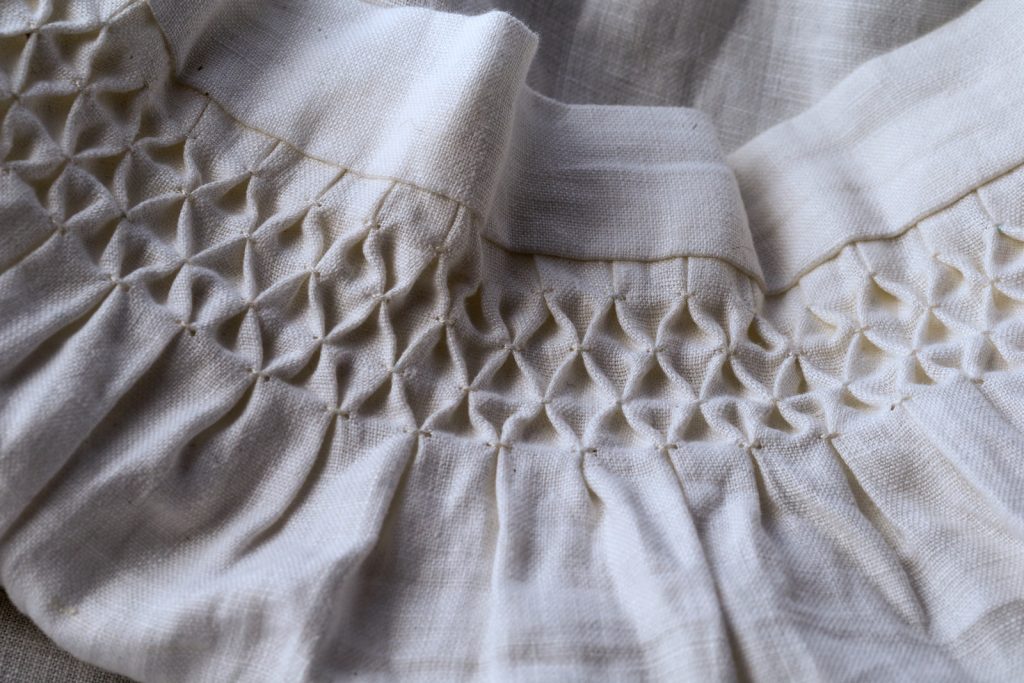 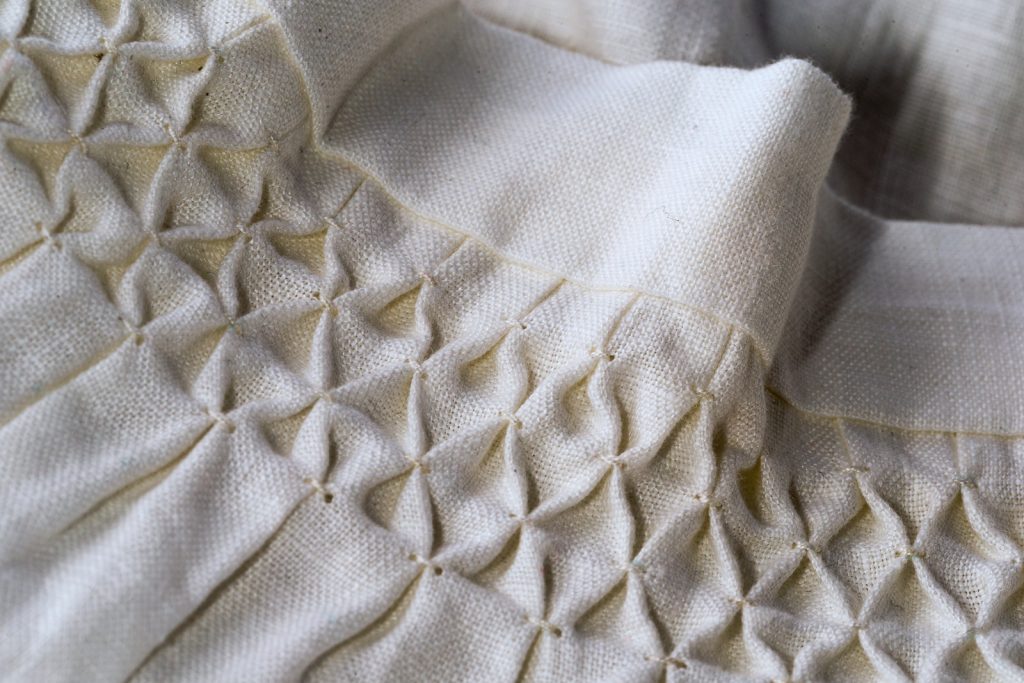 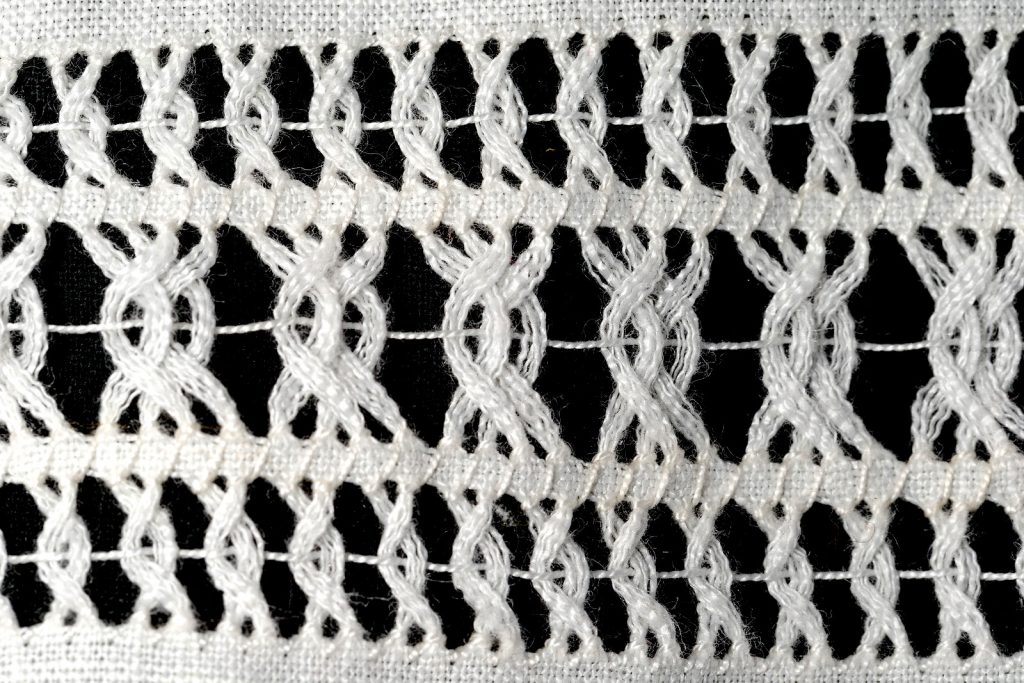 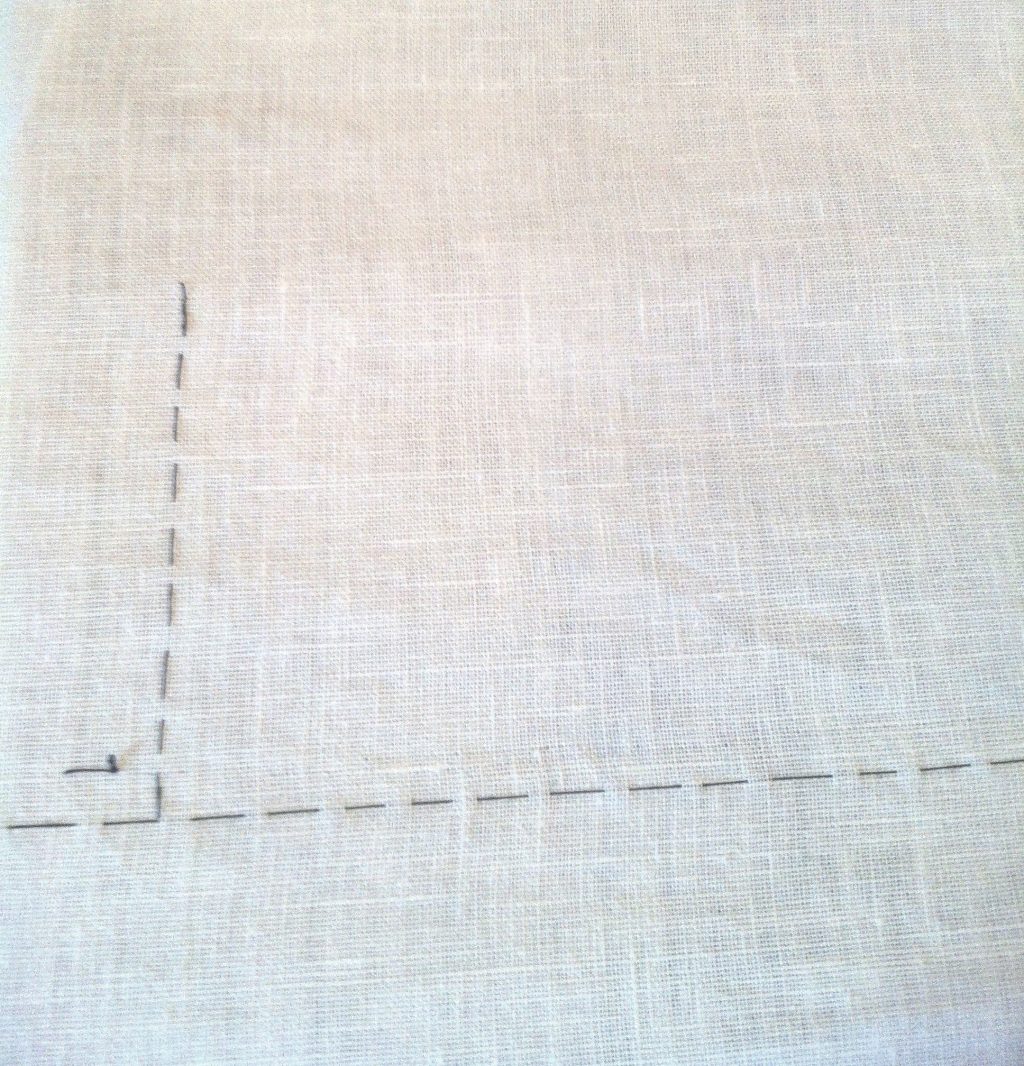 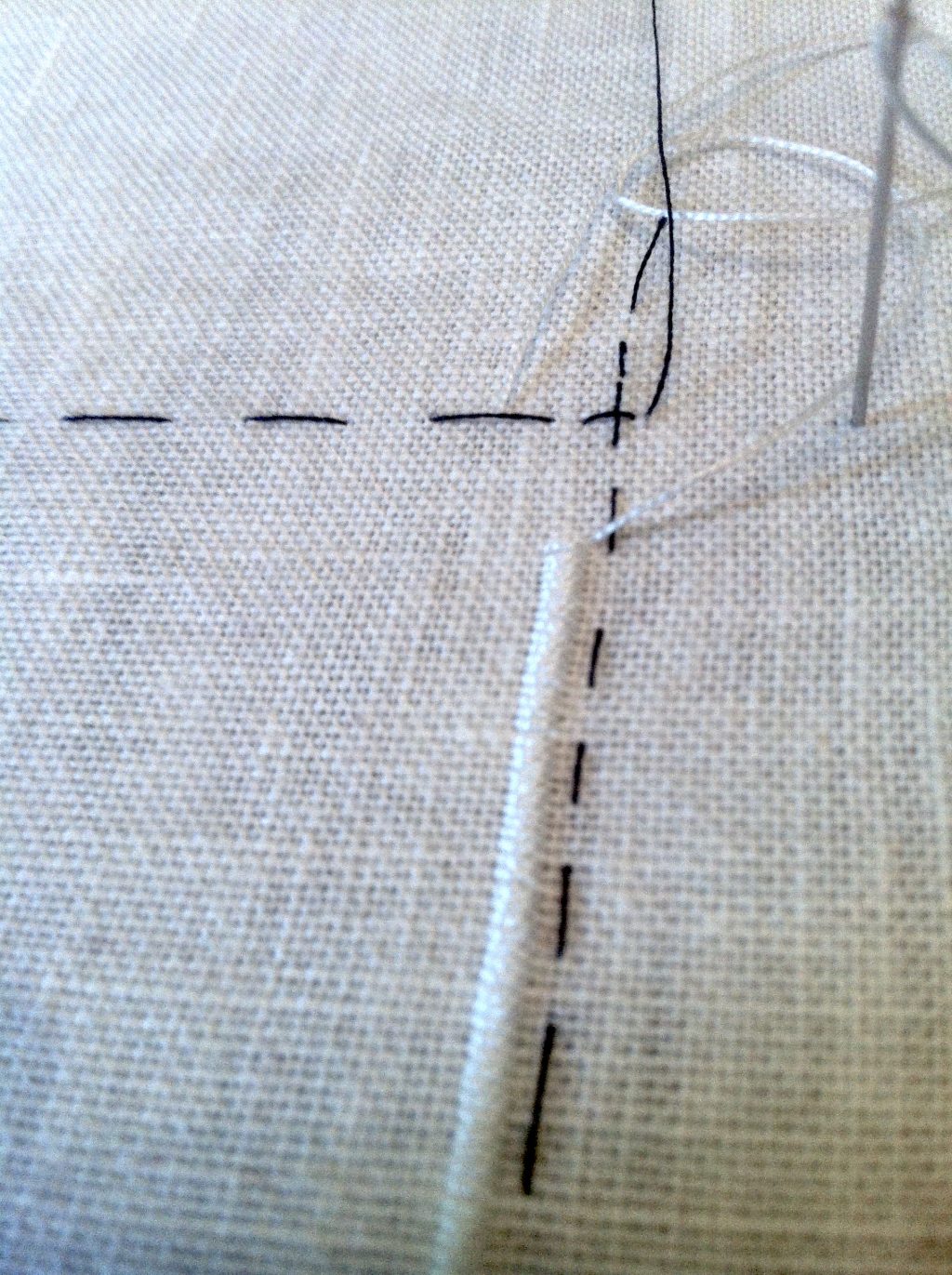 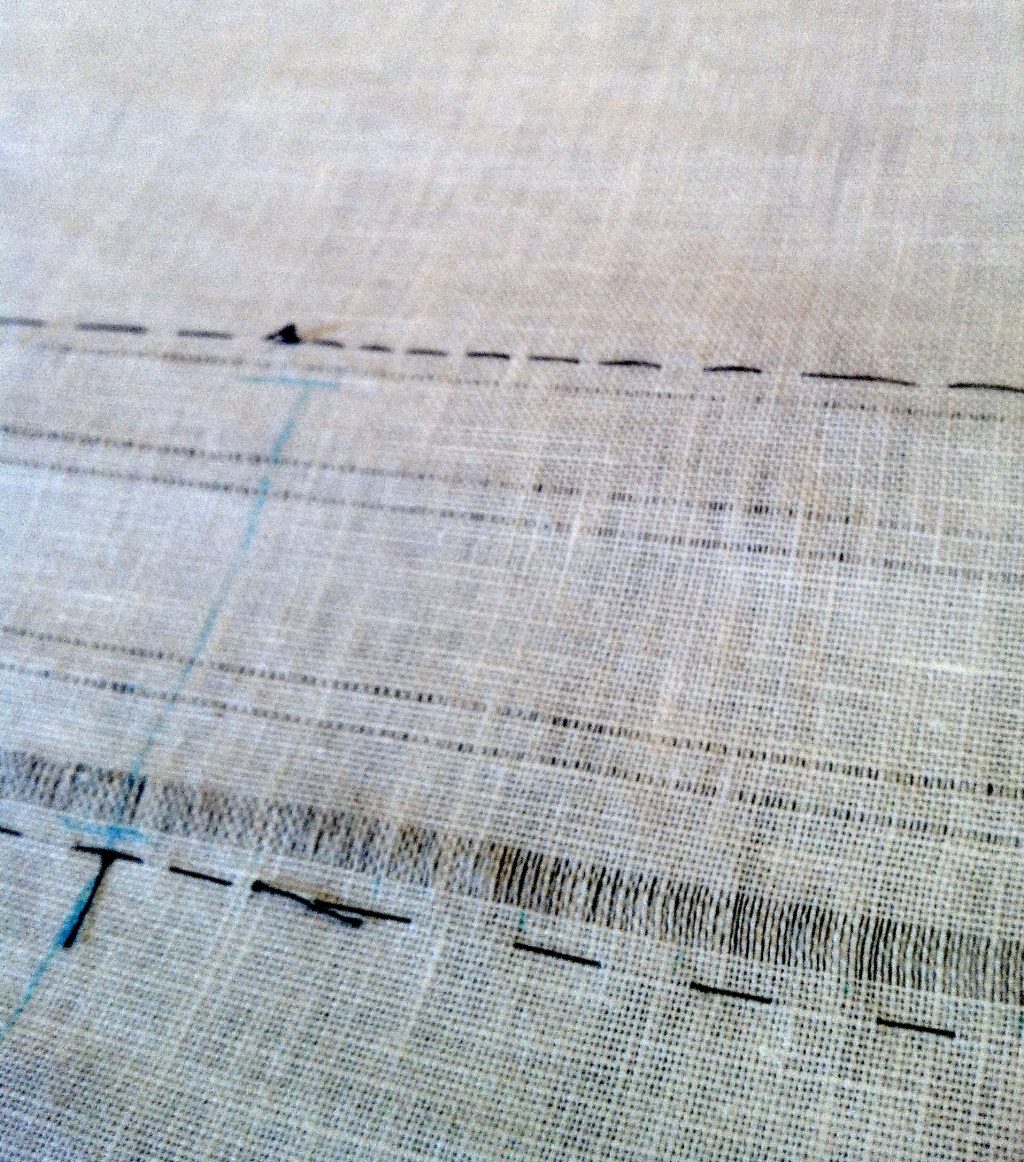 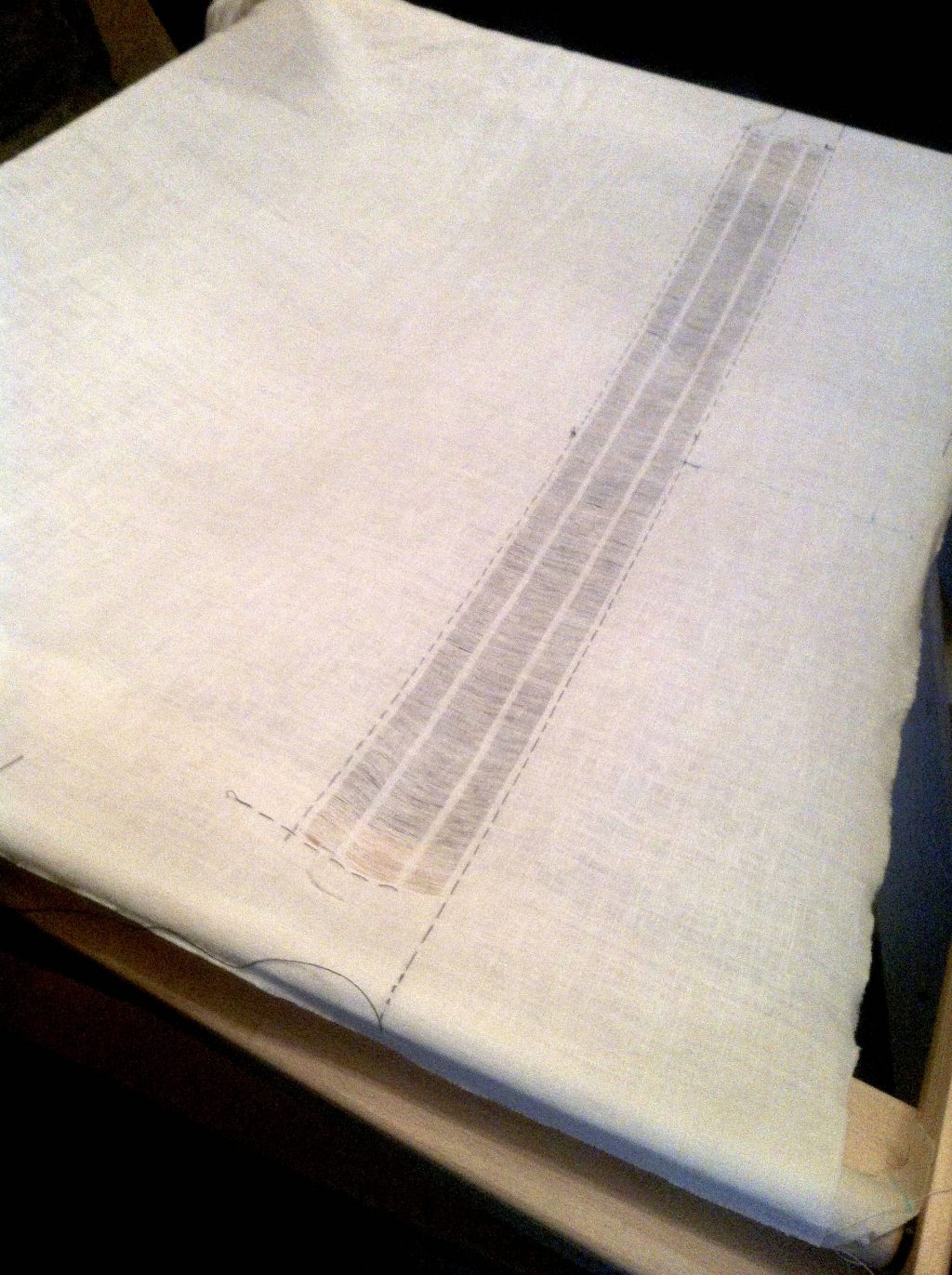 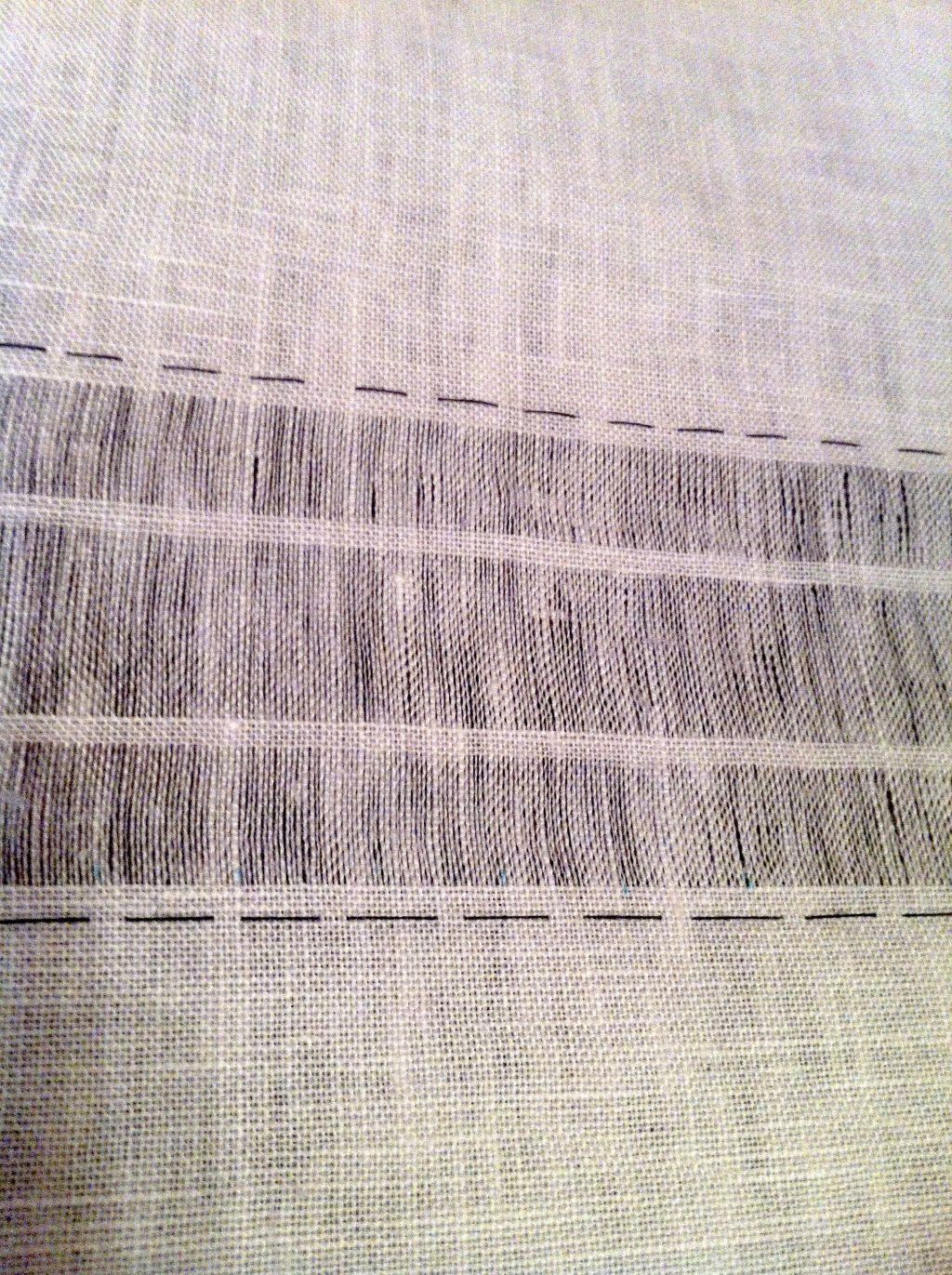 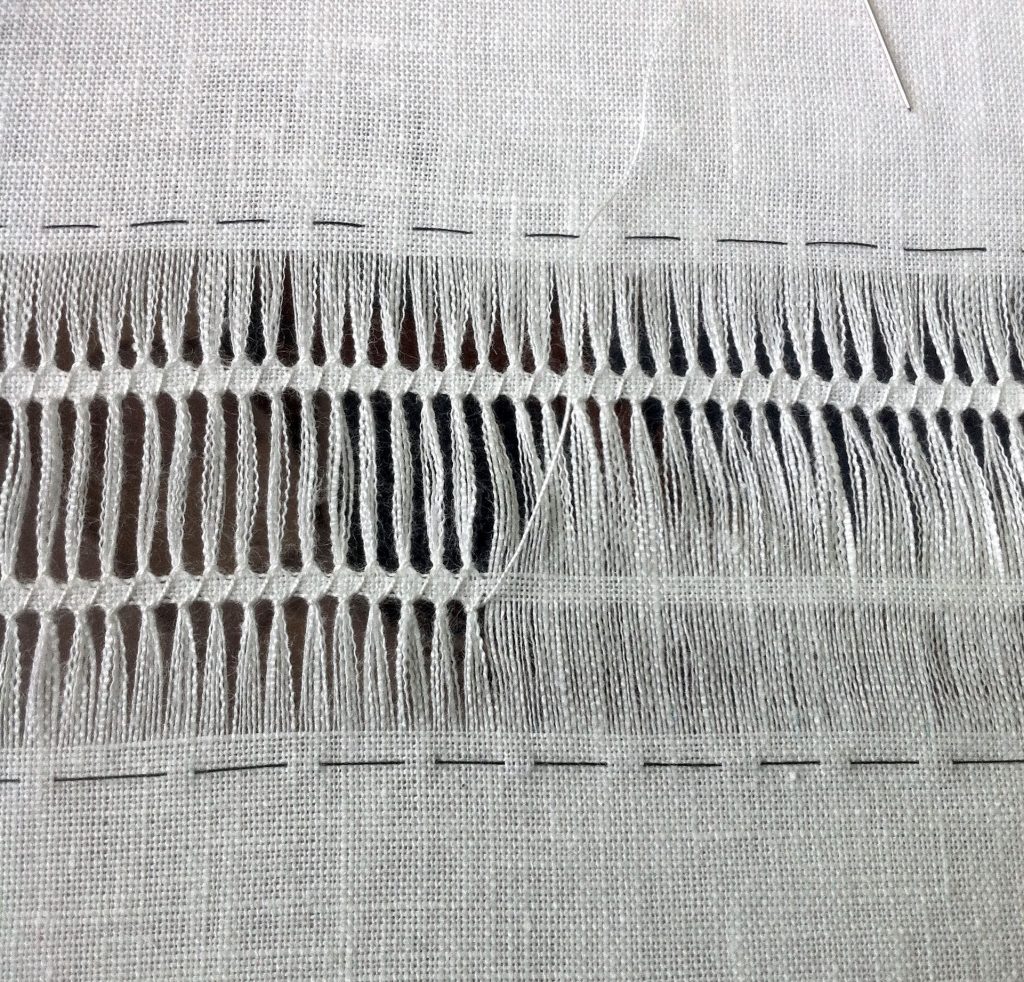 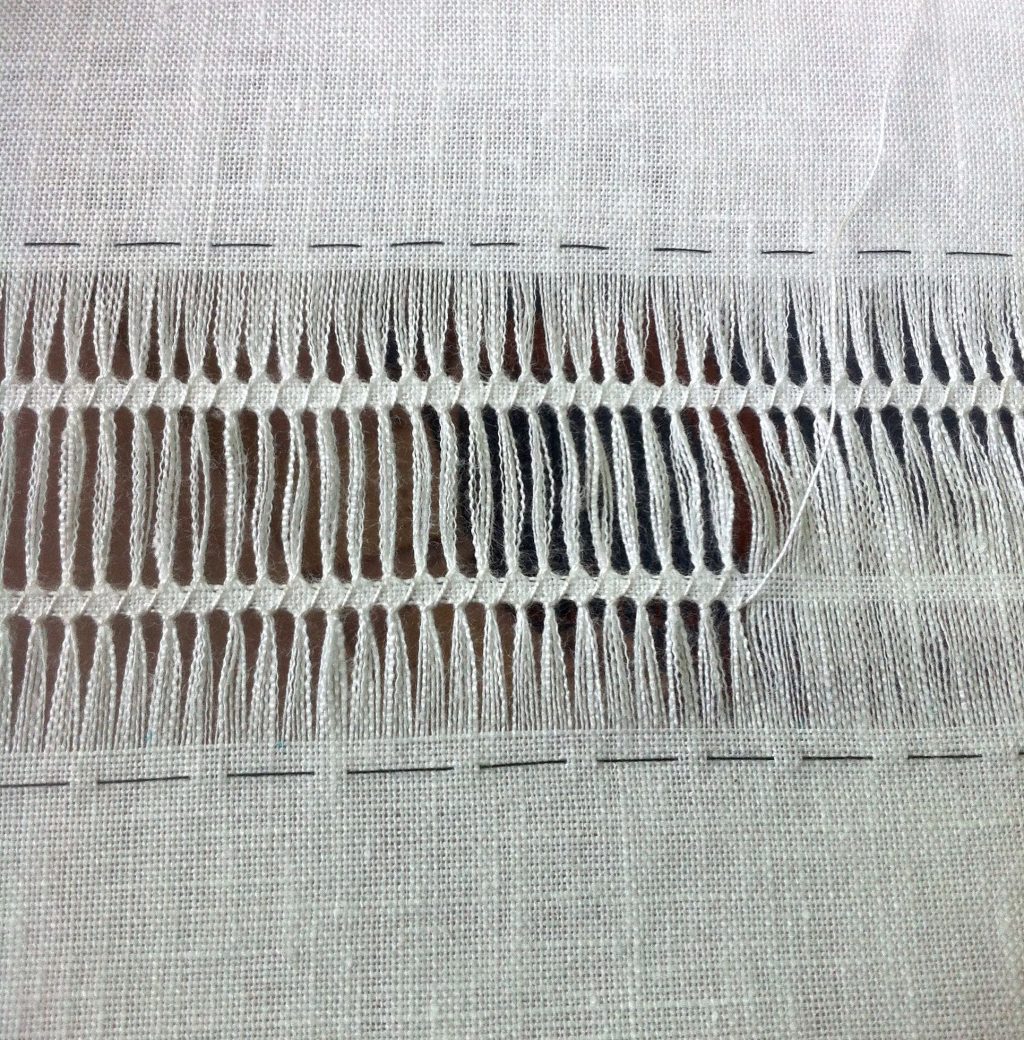 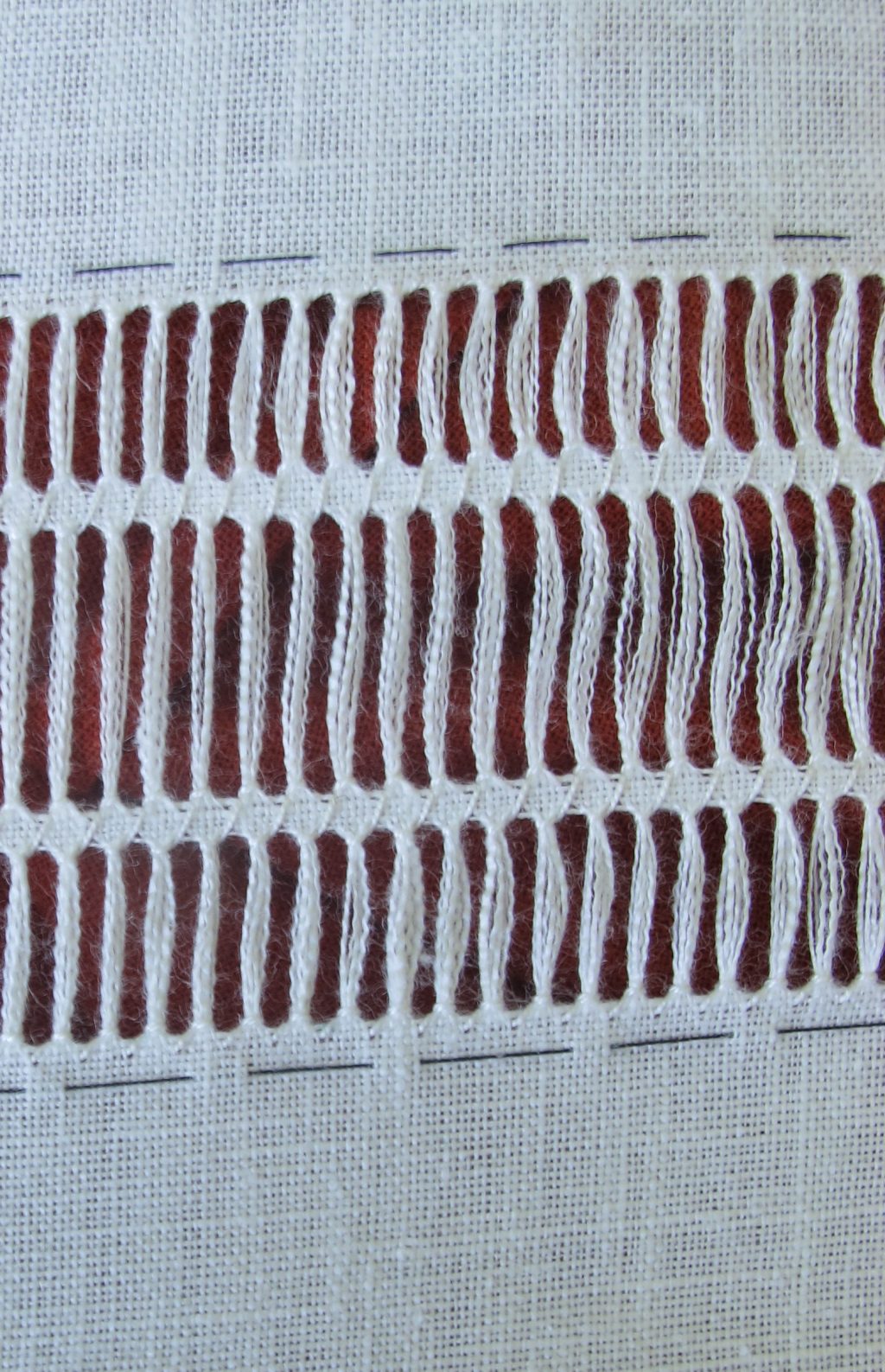 Pleated linen in preparation for smocking 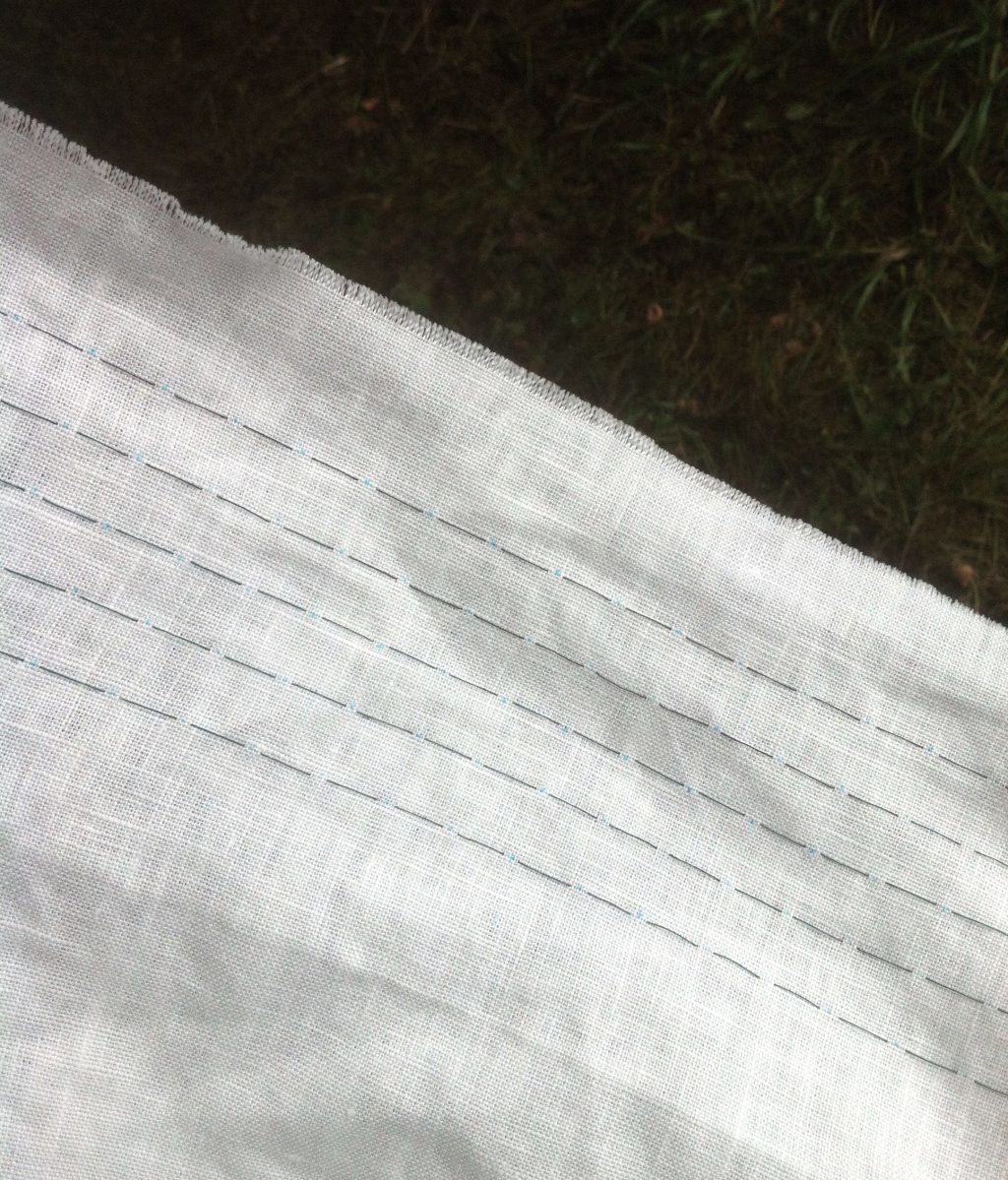 Pleating markings in preparation for smocking